The current COVID-19 pandemic has already caused passenger air carriers to lose billions, drastically scale back operations, lay off employees and cut back expenditures wherever possible, as well as turning to the U.S. federal government for financial assistance just to stay afloat while travel restrictions and shelter-in-place orders remain in effect.

Even though almost no one is flying these days and airlines are operating only minimal routes, one of the airlines’ tactics for passing along costs to the customer has been to increase checked luggage fees, which are already a pet peeve of many travelers. Lonely Planet recently compiled a list of the price hikes that have already taken place in 2020:

During what could potentially be considered the height of the global pandemic, American Airlines decided to hike its fees on checked baggage for Basic Economy passengers on transatlantic flights from $60 to $75, one-way. The change went into effect on April 21, 2020. Fees for second bags held at $100, while third and fourth bags cost $200 for one-way travel across the Atlantic. On U.S. domestic flights, passengers will still pay $30 for the first piece of checked luggage.

United Airlines also decided to implement a $5 increase, beginning March 6, 2020, charging $35 for customers’ first checked bag one-way and $45 for the second. As with JetBlue, this extra $5 will be waived for customers who pay their baggage fees ahead of time, before online check-in opens.

Upgraded Points recently conducted a study on rising baggage fees among U.S. airlines, and the revenue they represent, based upon data from the Bureau of Transportation Statistics for the one-year period between April 2018 and March 2019. During that time, a record $5.1 billion in baggage fees was collected by the airlines. 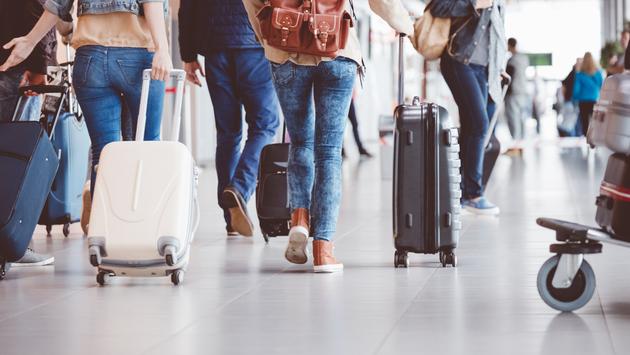 “We’ve all noticed that baggage fees have increased over the years; you feel the financial pinch every time you check-in to fly,” said Upgraded Points founder, Alex Miller.

The study revealed, “In late 2018, United Airlines, Delta Air Lines, American Airlines, and others all raised the price of a first checked bag by $5. Fees for a second checked bag were also increased.” Five dollars may not seem like much, but two price hikes within a less-than-two-year period might indicate that air carriers plan upon relying more heavily on this revenue stream than they did prior to COVID-19.

Airlines seek exemptions to rule for getting federal aid

A Life in Travel – MKR: The Rivals judge Manu Feildel

Virgin is slashing flights to Queensland now we can visit again

12 Most Isolated Places in the World